Our summer league takes a two-week break before our next event in Hardwick from 17th August.

The St Ives event has now closed as part of the summer 2022 league, but you can still run it and maps are now freely available for download.

Current league standings after 6 events can be found here. 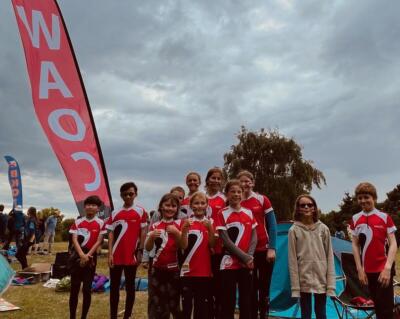 This year's YB Final was held at Irchester Country Park on Sunday 3rd July. The WAOC Junior team were 4th in the Trophy competition (for large clubs). This the best result that WAOC Juniors have achieved in this competition in recent times, and possibly ever. Well done to everyone who took part!
Full results can be found on the LEI website - see here. 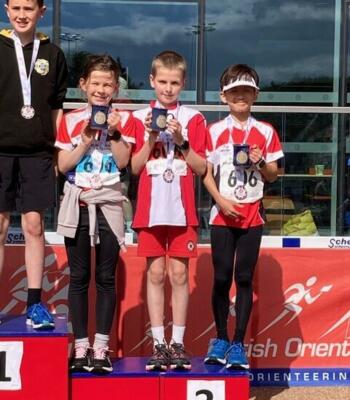 Congratulations to our M/W 12- relay team who won a Bronze Medal at the British Orienteering Mixed Sprint Relay Championships for 2022, held on Saturday 11 June at Leeds Beckett University.

The British Sprints Championships followed on the Sunday, with some notable WAOC performances here as well... 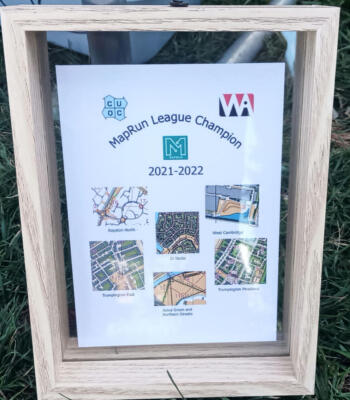 The winners of our 2021-2022 MapRun league were announced after our event on the Summer 2022 league at Fen Ditton. There were excellent trophies for the first placed runner on each course and prizes for the second and third places on the Long course. Congratulations to all our winners!

Read on for the final placings...

Alex has been selected to represent Great Britain in the 2022 Junior European Cup, which is being held in Blankenburg, Germany, 1st – 3rd October, 2022 as part of a team of 12. For full details, click here. Congratulations!

Our new club chair, Stephen Borrill, was recently nominated for British Orienteering's Development & Innovation Award for 2022, for creating the MapRun.uk website. This is the first time this award has been, ermm, awarded, and so there was strong competition, not least from Peter Effeney, based in Australia, who invented the MapRun app. Although Stephen did not receive the award this time, we are proud to see his work recognised.

You can see a profile of Stephen and the other nominees, on the British Orienteering website here. 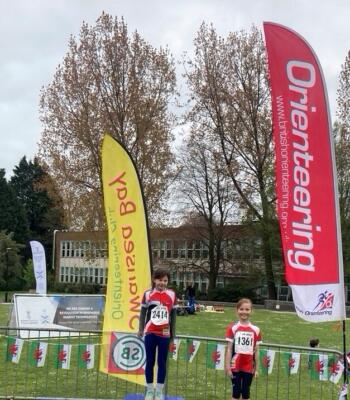 At the Sprints, congratulations to Alys on 1st and Elysia on 3rd in W10, and Ursula Oxburgh on 3rd on W85.

A new chair for WAOC

Stephen Borrill was unanimously voted in, unopposed, as the new chairman of the club at our Annual General Meeting held on line on 17th March. Stephen will be taking over from Helen Hague.

WAOC at the British Champs

This year's British Orienteering Championships weekend took place on 26th/27th March near Liphook in Surrey. Congratulations to Alys for another podium place, finishing 2nd in W10A in the individual long distance races. Also finishing near the top of the results in their respective classes were Noreen Ives, 4th in W65S, and Graham Louth, 5th in M60S. In W45L Emma Jarrett was 15th and in M55L Dil Wetherill was 12th. 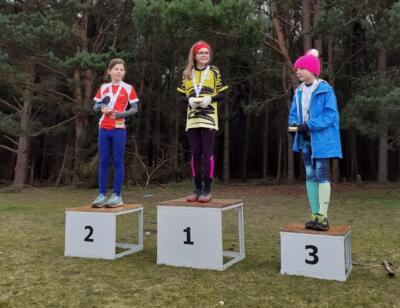 Many congratulations to Alys who won a silver medal in W10 and Jenny Carlsson who won a Bronze medal in W35.

The European Orienteering Championships saw exciting races in the Middle, Long and Forest Relays at the weekend

Over the weekend, the final events of the European Orienteering Championships took place in Estonia....

All the action so far from the European Orienteering Championships forest competition in Põlula, Estonia

Wednesday saw the start of the European Orienteering Championships 2022, with around 300 athletes chasing the medals with the Midd...