The Wagal Scoreboard for 2019 has been updated with points awarded for performance in CompassSport Trophy Qualifier held at Sherwood Pines on 17th March (well done once again to all who ran at Sherwood and helped us to reach the final).

Congratulations to the following who won their category in the EA Championships held at NOR's event at Sheringham on March 24th:

WAOC makes it to the Final!We are through to the CompassSport Trophy Final on 20 October 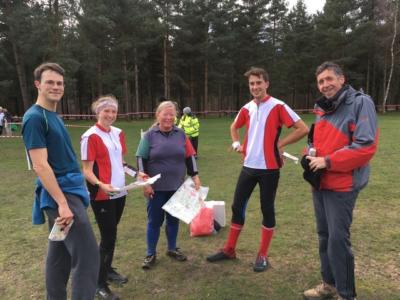 A message from the Club Captain:

Congratulations and many thanks to everyone who travelled to, and ran at Sherwood Pines today in the 2019 Compass Sport Trophy Heat.

I was absolutely delighted to leave the event having seen that WAOC had nudged up into 1st place thus QUALIFYING FOR THE FINAL see here ! A fantastic club performance - well done to everyone who took part.

The final is on Sunday 20 October 2019 at Pippingford Park which is in the heart of Ashdown Forrest in Sussex, The final is going to be organised by Mole Valley Orienteers. All WAOC members - please put this your diary now!

Here are the results after 3 events:

New for 2019 - The East Anglian Region is setting up an urban league. This will work in a similar way to the EA League which generally involves cross country orienteering events. 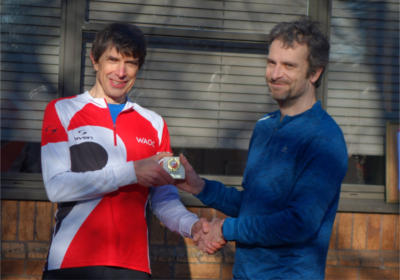 The winners of the 2018 East Anglian League received their trophies at Bush Heath yesterday. Photos of those present to receive their trophies can be found below (Peter was both the giver and a receiver!).

Here is a link to the EAOA junior squad website, which now has videos from the 2018 Laganlia summer training camp in Scotland, and a report from Barney, an East Anglian junior who took part.

East Anglian League winners for 2018Updated and with prize-giving details

Congratulations to the following club members who topped the league tables for their age class in the East Anglian League.

Full results can be found here. Prizes will be given out at Bush Heath on 3rd February.

Last year, Sport England worked with South London Orienteers in a project to help teenagers develop their orienteering skills. As part of this project, a series of eight short videos have been produced presented by athletes from the GB Orienteering team. 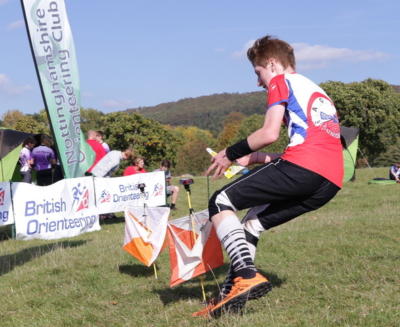 Alex Wetherill, our Junior Team Captain, has been selected to run for England in the Interland International orienteering competition to be held in Ardennes in France, in March 2019.

Return to Orienteering in England

British Orienteering has announced that orienteering will return to England on 1st August 2020 (subject to any further restriction...

British Orienteering is reviewing their guidance regularly in response to the latest government advice to understand what is possi...

Green Light Given to Return of Orienteering in England

British Orienteering are delighted to announce today that orienteering will return to England on Saturday 1 August 2020....

Are you looking for some club specific guidance and not sure where to look?...